IndieMarketing is on the forefront of immersive entertainment into Hollywood  As the entertainment industry evolves from DVD to digital to home entertainment to out-of-home, so does IndieMarketing evolve.  With the foresight that theatrical distribution had hit a plateau when people were choosing to stay home rather than go out to the local cineplex, enhancing the cinema experience was and is paramount. Immersive entertainment allows the cinema experience to be something that you cannot get at home.  Enhanced sound, lighting, projection, concessions, seating, and now motion and effects.  IndieMarketing saw this niche pioneering the transition of 4D motion effects cinema from theme parks to cinemas, positioning attraction developer/manufacturer MediaMation’s MX-4D immersive technology with exhibitors, studios and consumers, worldwide. Always on the cutting-edge of technology and trends, IndieMarketing is currently embarking on the hottest trend in immersive technology and the new form of entertainment in-home and out-of-home, virtual reality.  Here’s some examples: 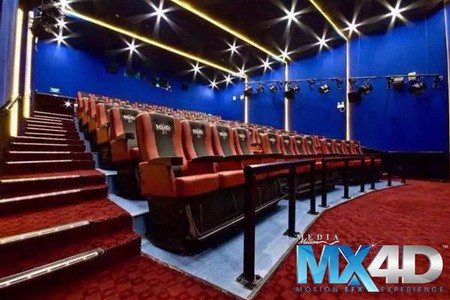 IndieMarketing pioneered the transition of 4D theatres from theme parks to cinemas, providing strategy and business development to launch this immersive technology into theatres, screening new release studio films.  Negotiating deals with all the major studios, working with their international distribution and technology departments, and marrying the concept with the major theatre chains, it took both parties to agree to try out the product.  And it was an immediate success.  MediaMation continues to expand its footprint into Asia, UAE, Europe and the US.  Meanwhile, you can visit almost any theme park, museum or science center the world over and find a 4D theatre. Of which MediaMation is in nearly 140 countries with their technology.  Next up, virtual reality headsets in theaters.  What a crazy ride that would be in a 4D theatre.  More at www.mx-4d.com 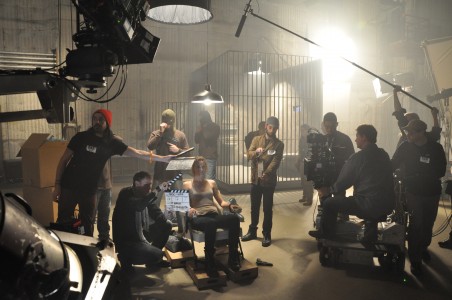 GDC Technology and RED Camera partnered on the first ever 3D HFR film shoot to create test footage for the new emerging technology projection systems being sold by GDC. Consulting for GDC, IndieMarketing was on hand to publicize this first-time event with a published article in Producers Guild Magazine.