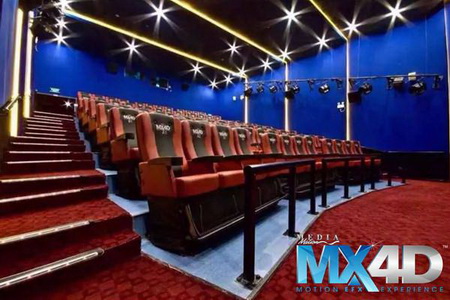 4D cinema describes the experience of an interactive theatre, where the theatre comes alive with seats that move to the action of the screen and atmospheric effects provide augmented and immersive reality.  Popular in theme parks, the technology has transitioned into major motion pictures, thanks to the pioneering efforts of IndieMarketing.

While providing themed entertainment marketing services for MediaMation in 2012 it occurred to us that we could increase the footprint of 4D theatres dramatically by venturing into the theatrical marketplace and programming new release films.  How cool would that be?  With IndieMarketing’s relationships with the studios we were able to bring to them this amazing new business model.  It took a year but they came around and embraced 4D.  Selling 4D theatres to exhibitors was another feat, and though the US exhibitors were and are slower to change, internationally theatre owners were clamboring to be the first chain in their territory to install full theaters with 4D motion effects seating.  Latin America, South America, Korea, Japan, China, Russia, UAE are the first adopters of 4D cinema technology.  Fingers crossed with the new AMC/Carmike merger the technology will be coming to the US in 2016 in a big way.

4D Cinemas are technically 3D/4D/5D cinemas, according to the attractions industry.  Everyone knows that 3D is sight, 4D indicates the motion of the seats (heave/pitch/roll), and 5D is the atmospheric effects (rain, wind, mist, smell, fog, etc) in the auditorium.

Below is a diagram of the 4D motion and the 5D sensors built into the seats of the MediaMation MX4D brand (formerly X4D).